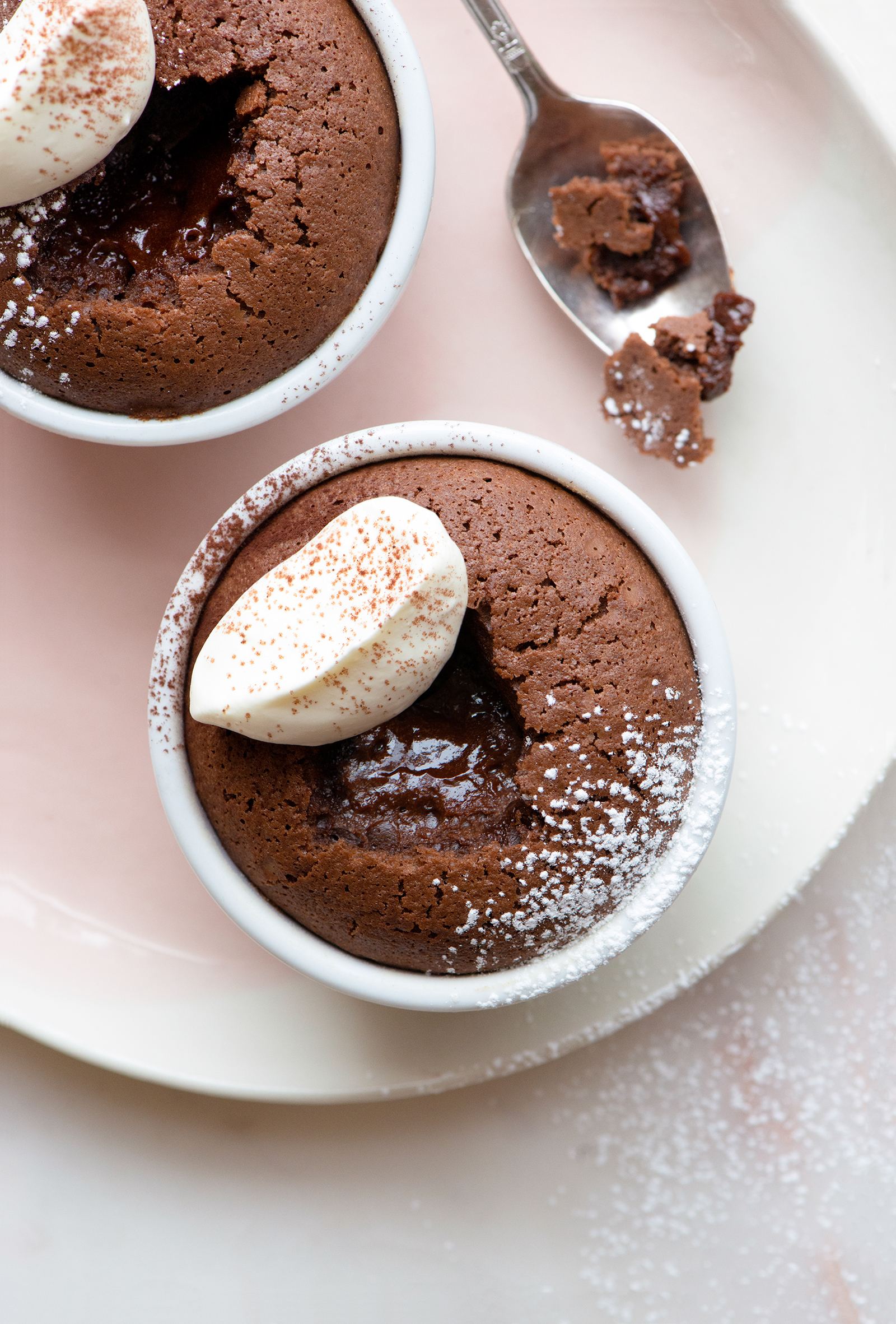 In a heatproof bowl, melt the chocolate in the microwave using 15 second intervals, stirring well between each interval until the chocolate is melted (watch carefully to avoid burning the chocolate). Set aside.

Preheat the oven to 450F. Butter and lightly flour two 6-ounce ramekins. Tap out the excess flour and set the ramekins on a baking sheet.

In a heatproof bowl, melt the dark chocolate and butter together in the microwave using 30 second intervals. Stir between each interval until the mixture is melted and smooth. Set aside.

In the bowl of a stand mixer, fitted with the whisk attachment, beat the egg, egg yolk, and sugar on medium-high speed until thickened and pale yellow in color, 6 minutes. Add the vanilla extract and sea salt, then mix until combined. Add the chocolate mixture to the egg mixture and gently stir with a rubber spatula until just combined. Add the flour and gently fold it in until no flour streaks remain (do not overmix).

Divide the batter evenly between the two ramekins. Using a mini ½-ounce ice cream scoop, or spoon, scoop 1 Tbsp-sized round of ganache into the center of each ramekin. Press the ganache round into the center of the cake batter. Using the back of a spoon, evenly spread the cake batter over the surface of each ramekin to completely cover the ganache. Bake for 12 minutes, until cakes are domed and pull lightly away from the edges. Set the baking sheet on a wire rack to cool for 15-20 minutes to allow the chocolate sauce centers to cool slightly. Serve Chocolate Molten Lava Cakes in their ramekins or invert onto plates. If desired, serve with whipped cream, a dusting of powdered sugar, cocoa powder, or a scoop of vanilla bean ice cream.

You can also find this Chocolate Molten Lava Cake for Two recipe in my most recent Pantry Staple Sweet dessert column for Feast Magazine! Share your own creations of this recipe with me on Instagram by tagging @now_forager.